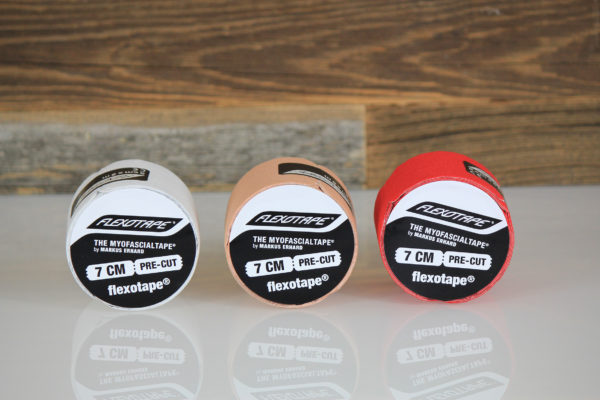 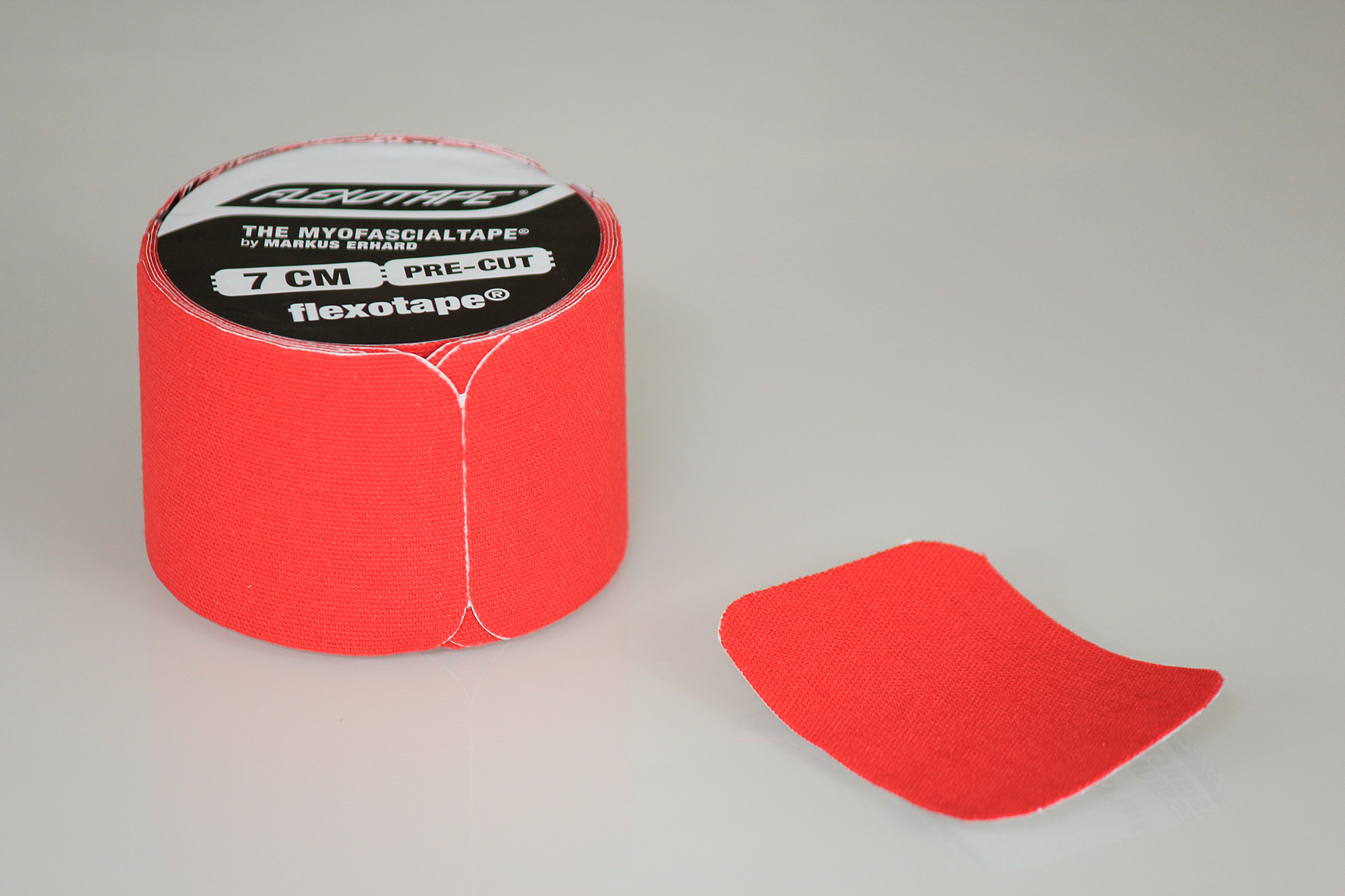 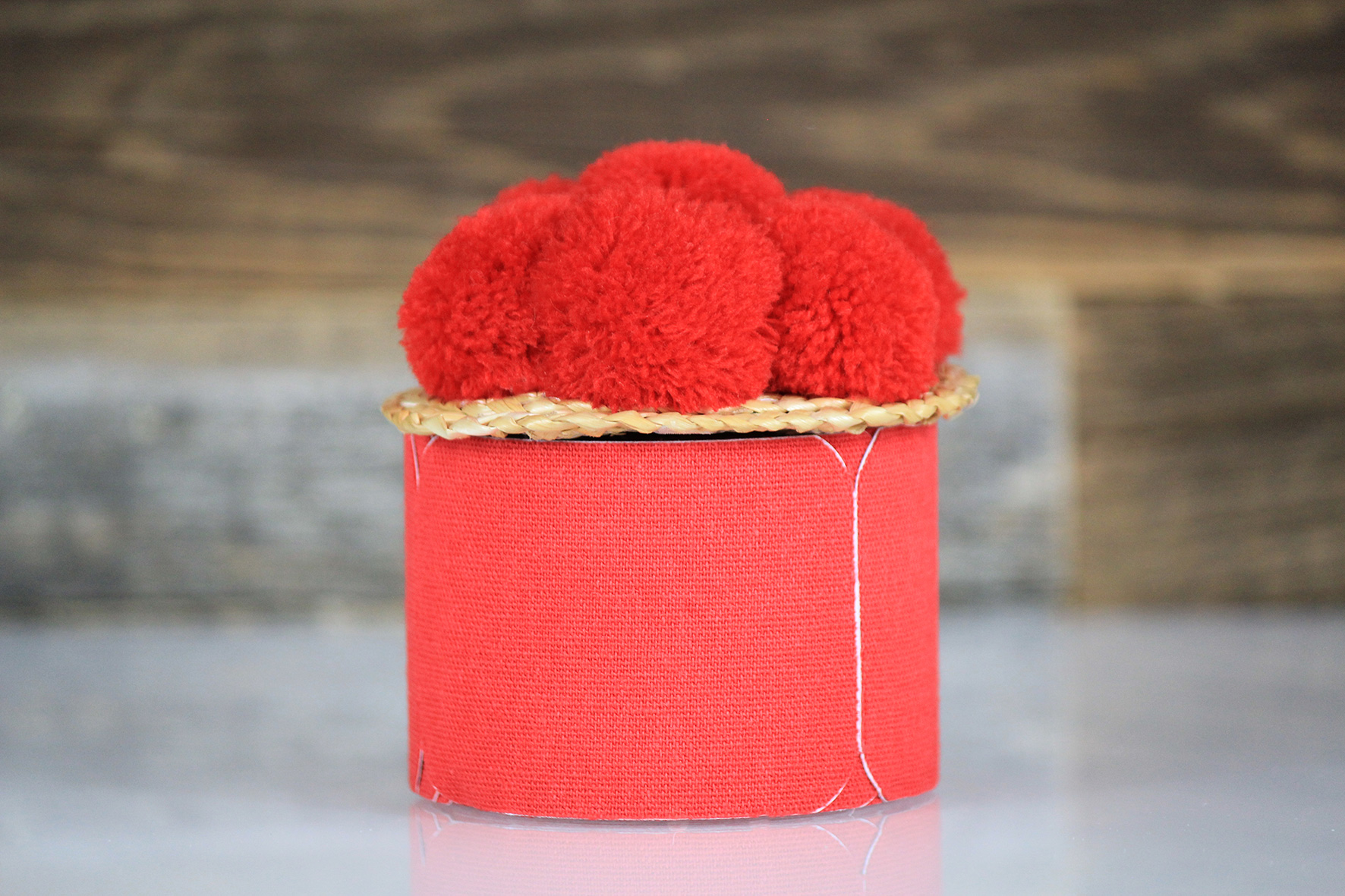 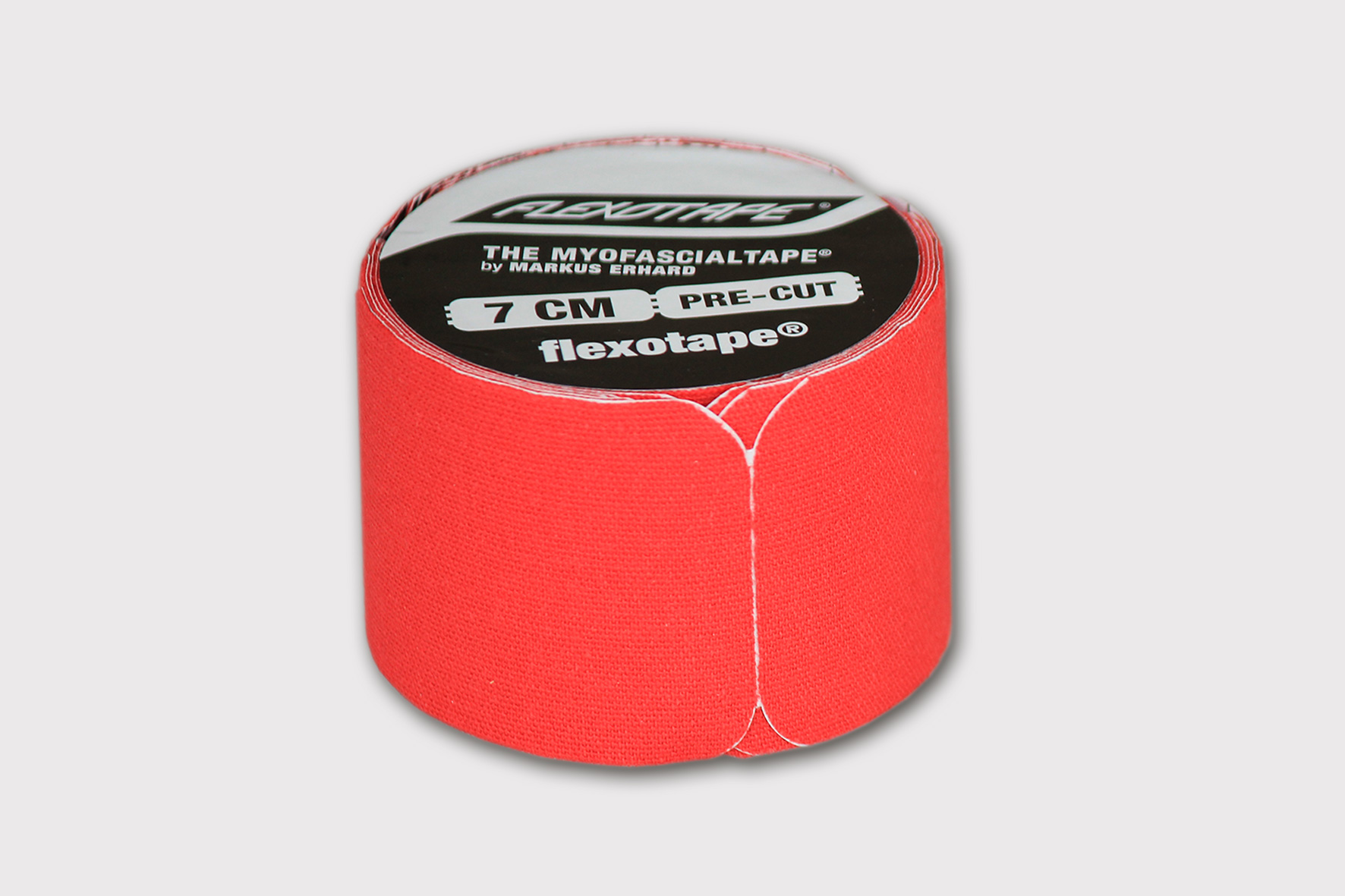 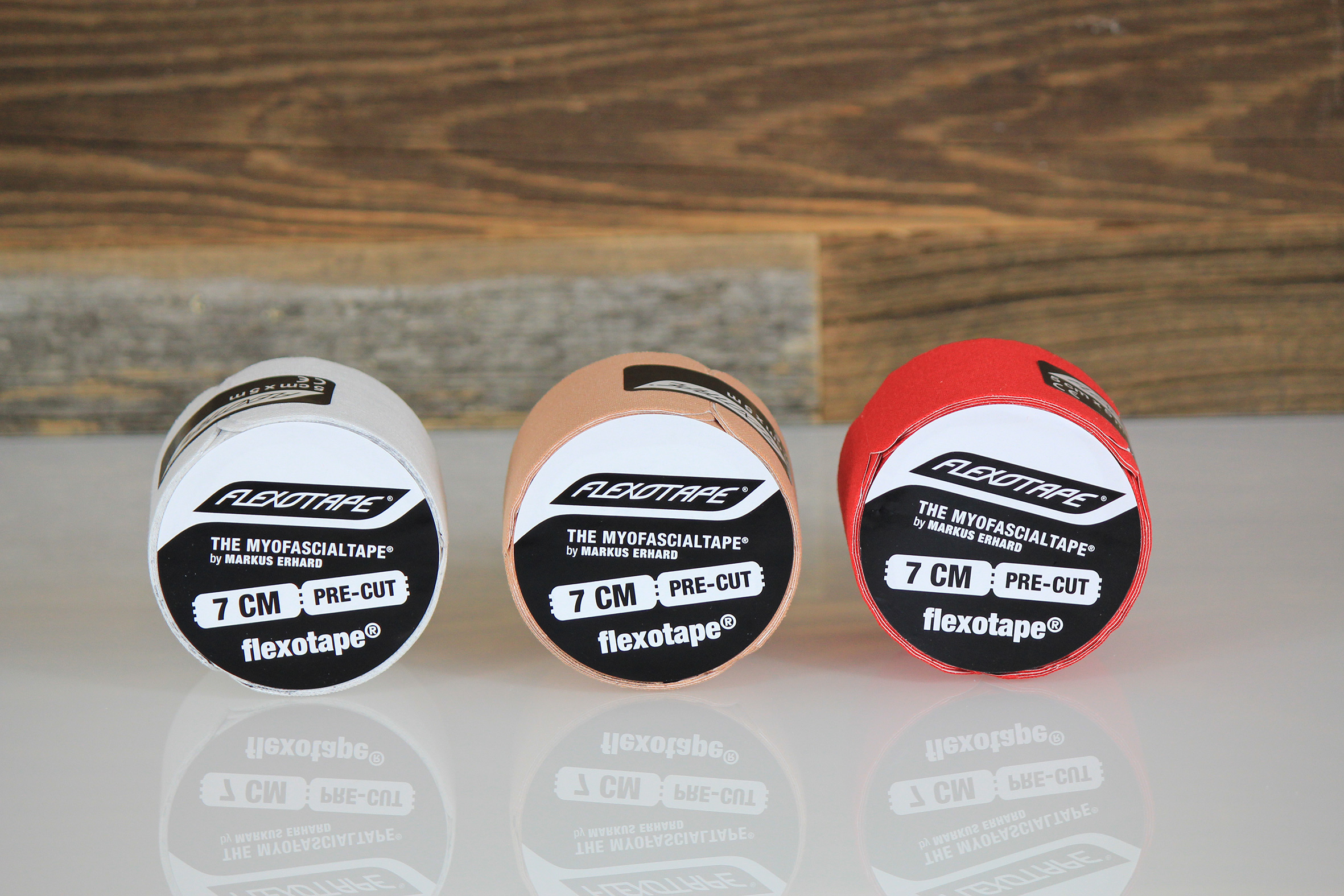 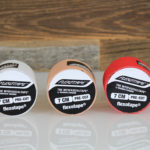 Why Pre-Cut? For the Myofascial Taping method 6-30 cm long stripes are often used. flexotape® pre-cuts are 7 cm long and don’t need to be cut. Pre-cuts are ready to use – one just easily tears off the stripes.

That is comfortable and saves a lot of time.

flexotape® is a self-adhesive and elastic tape, designed for Myofascial Taping, developed by Markus Erhard – MTME.